Was it really necessary to delete all I had just written after the day I had?! ARGH!

Not so sincerely,
The Orange Rhino

(Dear Orange Rhinos – as I get back up and running (translation: get two weeks of laundry and dust bunnies taken care of – I wanted to re-post what I wrote on my phone for those who don’t Facebook. I will write something new soon. Like tonight. I promise!)

Today was ugly. Absolutely  positively, 110% ugly. It was indeed the worst day I have had on this challenge, a day I am ashamed of because it was full of way too much snapping and way too much mumbling not nice things under my breath. It was a day filled with venom.

It started off great

The kids slept in to the new daylight savings time so I woke feeling rested and so powerFULL. But then, as I stepped out of the house this morning en route to a friends house, it hit me. It was beyond COLD. The sky was grey which meant the snowstorm wasn’t a joke but instead a cruel reality, an imminent reality. And it meant no sun today, or rather “no orange rhino, your house will not warm up a few degrees naturally today so screw you!” Yes, I felt attacked by the weather today and defeated. So much so that when I dropped laundry off at a friends I couldn’t hold a conversation without crying. Because you see, not only am I cold and frustrated and feeling powerless to help others, my baby had a febrile seizure on Friday and today woke with a fever AGAIN. I knew blood work was in the works for today – somewhere between getting firewood, gas, groceries, ice all before the storm hit. ARGH. The stress of the last 10 days finally hit me this morning and it turned me into a raging B***:!We got in from dropping the laundry, I still wiping tears away, and I went on a firm voice rampage! Clean up! Do this! Do that! Now. No one responded (obviously) so I threw a temper tantrum. I went outside (in the COLD!!!), tried to hide, and stomped my feet, screamed out loud and maybe even kicked a toy. Or two.Then I walked back into the house and tried again. Still, no response. It was clear – the stress I felt was radiating. My attitude was literally being spit back at me. My boys look nothing like me but today their attitudes made them look like spinning images of me (or is it spitting? I always get it wrong!) Anyway, I digress. My boys needed to temper tantrum as much as I did. So we all did. Together.

“Who needs to scream? Okay, on the count of three we’re going to stomp our feet, pound our chest like gorillas’ and scream. And then we’re gonna move on.”

We did that. And it was fun. And worked for nearly 5 hours. Sh*t. I needed it to work WAY longer. Fast forward two hours, my ugliness is rearing its head again and my eldest dumps all the firewood ashes out on the driveway (don’t ask why they were available to be dumped in the first place). I grumbled and snapped and firmly made my point. But still felt crappy. Because I knew it was preventative and I was just in a bad mood.

ARGH. Then the opportunity presented itself to get on track AGAIN. #2 was struggling with his snow pants. He grumbled at me “I’m having a terrible, horrible, no good very bad day!!!” 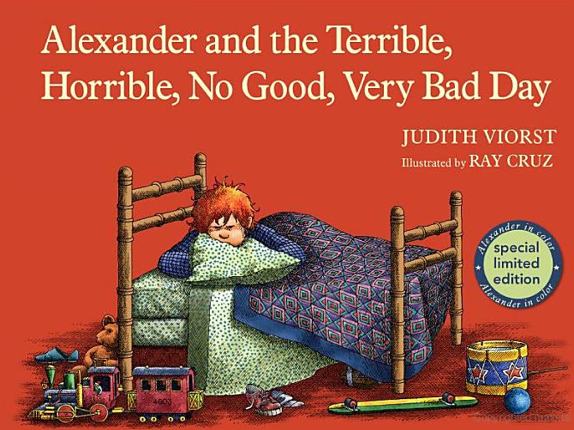 We hugged and kissed and guess what, I felt better. It was still an ugly day but at least I was able to pull it together to have that moment. Because it was the sweetest, most powerfully engaged moment I’ve had in days and I needed it. His little hug and kiss, and your stories today, totally recharged me. Phew!

2 thoughts on “My worst day of “The Challenge” thus far…”